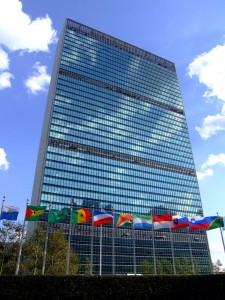 According to a recent Security Council Report Update Russia is sponsoring a new Security Council Resolution on Piracy of Somalia. The draft resolution has been circulating among member states since the beginning of April and is generally supported. It could therefore soon be introduced officially into the Security Council. It is notably the first time that Russia is actively initiating a piracy resolution in the Council. View a full rundown of available events and the live streaming sporting casinodulacleamy.com events and with the click of a button, place a bet. According to Security Council Report, the draft resolution focuses particularly on the legal mechanisms and institutions to prosecute pirates. International law and previous UN Security Council Resolutions allow any state to try suspected pirates. Yet, national legislations often lack clarity and the political will to prosecute pirates is often equally lacking. Moreover Kenya, one of the few regional states that have agreed to prosecute pirates in their domestic courts, recently announced that it will not takeover any further suspects. The draft resolution therefore asks the Secretary-General to prepare a report on the possible options and mechanisms to facilitate the prosecution of pirates.

By referring the legal aspects of piracy to the Secretary-General, Russia thus seems to be seeking to sideline the Contact Group and push forward the decision making process. Indeed in the Contact Group a consensus has emerged that tribunals are not a viable option. The Russian move tries to strengthen the status of the UN. The call for a report from the Secretary-General is indeed a move that puts trust into the consultative powers of the Secretary General and aims at transferring decision making from the open deliberations in the Contact Group to the disclosed setting of the Security Council. Whether the Russian initiative needs to be judged as a failure of the work of the Contact Group and whether it is an attempt to reduce the influence of non-SC countries (notably African countries), needs to be seen.

While the question “what kind of guidance to give to the Secretary-General on possible options for prosecution mechanisms” remains open, it seems clear that the proposal of a tribunal is no longer a vague proposal only but an agenda item. However, France and others stick to the point that “the request to the Secretary-General must not prejudge the options to be considered.” and that he has to consider the findings and results produced by the Contact Group (essentially denying that a tribunal is a practical or effective solution). Meanwhile, African states want the new resolution to address the situation on land in Somalia in the fight against piracy. The Security Council also has to decide whether to include the recent recommendations of the UN Monitoring Group on Somalia, to put sanctions on piracy leaders or if anti-piracy resources should be redirected to other fields of intervention.