Finding ways to resolve maritime disputes and to peaceably allocate maritime resources has become an important concern in international politics. Increasing global population growth combined with the increasing scarcity of some maritime resources has resulted in more frequent diplomatic claims between countries over maritime areas in the last few decades. Recent clashes between Japan and China over the maritime space around the Senkaku/Diaoyu Islands highlight the tensions that can arise in situations where two states make competing maritime claims. Japan and China have issued competing ownership claims, engaged in controversial attempts to drill for oil and natural gas, issued threats of air space violations in the area, and authorized clashes between their coast guard vessels over the islands. While both states have pursued strategies to privatize the area around the Senkaku/Diaoyu Islands through Exclusive Economic Zone (EEZ) claims, they have also sought to resolve their differences through a global institution, the United Nations Convention on the Law of the Sea (UNCLOS). 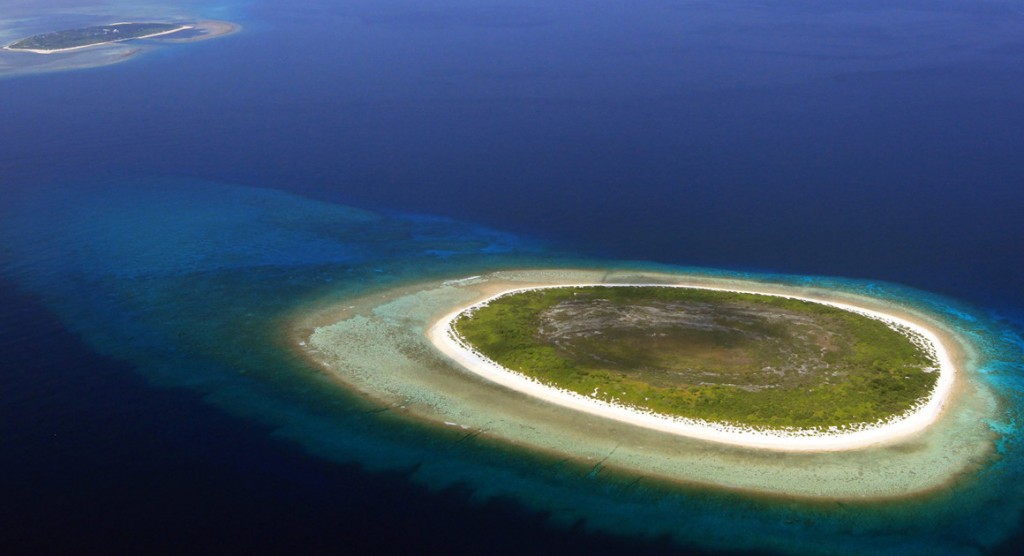 Our article, “Ruling the Sea: Managing Maritime Conflicts through UNCLOS and Exclusive Economic Zones”, compares these two general strategies for handling competition for scarce maritime resources: privatization of maritime areas in the form of declared EEZs and institutionalization of maritime issues through membership in UNCLOS. When dealing with common property resources like fisheries, scholars have argued in favor of both privatization and institutionalization strategies. On one side of the debate are those who favor privatization because they contend that users of common property resources are more likely to engage in sustainable management techniques if they own the resources. With privatization, the consequences of exploitation are directed toward the user who is exploiting the resource rather than all users (Hardin 1968). On the other side of the debate are those who argue that institutional solutions are more effective (Ostrom 1990). Institutions like UNCLOS enshrine definitions, guidelines, and procedures over the use of maritime resources. Over time, these institutions become self-regulating and encourage sound management of shared resources. While many analyses focus on EEZs or UNCLOS, we have little understanding about which of these approaches works best for preserving resource stocks and encouraging long term sustainability of maritime areas. In other words, if Japan and China could choose between privatization and institutionalization for resolving their maritime dispute, which strategy should they select?

In our article, we note that both strategies could have certain advantages, although we generally come down on the side of institutionalization. In terms of privatization, we expect that the establishment of new EEZ claims should encourage countries to bilaterally negotiate their maritime issues. This occurs because states may need to address inequalities that arise in the drawing of the EEZ boundary, they may need to handle border ambiguities such as migratory fish stocks that move across the EEZ, and states may disagree about the status of an island that serves as the basis for a maritime claim (e.g. Aves Island).

In terms of institutionalization, we expect that UNCLOS members will utilize third party conflict management more frequently than non-UNCLOS members. UNCLOS creates one of the most institutionalized set of procedures for handling disputes, especially through Article 287, which encourages the use of arbitration or adjudication for disagreements that cannot be resolved bilaterally. UNCLOS members should generally be more open to peaceful dispute settlement to handle maritime claims and they should be less likely to resort to militarized force to pursue their goals (Part XV, §1 of the UNCLOS treaty). We also argue that UNCLOS is well positioned to prevent the onset of new diplomatic claims to maritime areas between member states. This is because the institution provides clear mechanisms for the creation of boundaries, provisions for the creation of straight baselines for states with uneven coasts, transit rights, the definition of the continental shelf, the EEZ implications of islands, and straddling fish stocks. Several cases heard by international courts have further clarified ambiguities that have historically been the basis for many competing maritime claims.

We test our theory using data from the Issue Correlates of War (ICOW) Project (Hensel et al 2008). ICOW codes information on maritime claims where official representatives of one government lay explicit claim to a maritime area being administered or claimed by at least one other state. Our analyses include maritime claims from 1900-2001 in the Western Hemisphere and Europe, including over ninety disputed areas. ICOW includes information about all peaceful and militarized attempts to settle contested maritime issues and we examine whether countries engaged in such attempts in a given year of an ongoing dispute. Privatization is measured by whether one or both states within a given pair of countries in a dispute have a declared EEZ, while institutionalization is captured with variables that indicate if one or both states are UNCLOS members.

With respect to privatization through EEZs, we find that states are more likely to negotiate outstanding maritime issues bilaterally than states without EEZ claims, while UNCLOS membership has little effect on the use of bilateral negotiations. Bilateral negotiations occur in only 5% of observations when neither state in a pair of countries has an EEZ, 10.5% when one member of the pair has declared an EEZ, and 14.7% when both members have declared an EEZ. EEZ declarations have no effect on states’ decisions to use third party conflict management strategies such as good offices, mediation, or adjudication. If both states have declared EEZs, then bilateral negotiations are more likely to produce successful agreements. Thus privatization can be effective at promoting negotiations between countries with maritime disagreements.

For institutionalization, we find that joint UNCLOS members use third party mechanisms (10.1%) to help resolve their maritime claims more often than pairs of countries with either one or no UNCLOS members (4%). We also find that the use of legally binding settlement techniques, such as arbitration or adjudication, are more effective at resolving maritime claims than other conflict management approaches, techniques that are clearly promoted through the UNCLOS institution. However, declared EEZs and UNCLOS membership do not significantly reduce the number of militarized disputes that arise over maritime claims. Thus if states like Japan and China are seeking to avoid military confrontations, neither EEZ declarations nor joint UNCLOS membership will help to preserve peaceful relations. On the other hand, we find that UNCLOS members are much less likely than non-UNCLOS members to experience new diplomatic maritime claims. This suggests that if the existing claims over the Senkaku/Diaoyu Islands (and other disputed areas) can be resolved, then Japan and China are more likely to accept the maritime status quo in the future. Our findings also suggest that international courts or arbitration panels could be helpful for resolving this conflict and that both states’ long-standing membership in UNCLOS (ratified in 1996) makes legal settlement more likely.

Sara McLaughlin Mitchell is Professor of Political Science and Department Chair at the University of Iowa.  She received her Ph.D. in Political Science at Michigan State University in 1997.  She is Co-Director of the Issue Correlates of War Project (http://www.paulhensel.org/icow.html) and an Associate Editor of Foreign Policy Analysis and Research & Politics. She can be contacted at sara-mitchell@uiowa.edu.