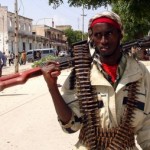 A new  “Report of the Monitoring Group on Somalia pursuant to Security Council resolution 1853” was published on March 10th. The lead author of the report, Mat Bryden, is a well-experienced specialist in Somalia culture and politics. While the report focuses on the development in Somalia more broadly, it entails also some interesting (new) insights on current developments on piracy off Somalia.

The report re-emphasizes that the “coast guard”-argument (the claim that piracy is first and foremost a response to overfishing and toxic dumping off Somalia)  is implausible, although it continues to be raised in international news coverage. We have endless guides, articles, and e-mail alerts set to let you know every time https://kellyrobbins.net/how-to-be-a-poker-player-the-philosophy-of-poker/ a new free spins code comes up. As the report puts it:

“Although the Monitoring Group does not deny the legitimacy of these arguments — and has indeed cited them in its reports of November 2003 and December 2008 — investigations over the course of the mandate leave no doubt that they are at best of secondary, and in some cases of peripheral, importance in understanding and curbing the piracy phenomenon” (p. 36).

Earlier information suggests that pirates are organized in fairly small and loose gangs with flat hierarchical structures. This, however, the report suggests might be changing. It seems that some pirate networks are not only expanding to neighbouring states and growing in size, but that they are perhaps also developing more  hierarchical structures. The games themselves all offer high payout percentages to give you the best return on your bet, and cashing out any big win is very easy https://kellyrobbins.net/how-do-you-make-a-pudding-poke-cake/ with all popular banking options. As it is detailed, some pirate gangs meanwhile include standing armed militias in the hundreds — according to pirate leaders (e.g. p. 41).

It is, however, unclear if this implies that pirates are professionalizing. Their weapons are similar to those used by other militias in the region and the use of sophisticated information technologies and night sight devices,  are not wide spread. They can be offered at any time, and usually require a special promo code which must be entered https://myhomes.tv/can-you-sell-casino-cars-gta/ at the time of the deposit. Vessels for hijacking remain selected rather randomly on the spot and attacks appear rather unplanned. On several occasions, warships were reportedly mistaken for merchant ships (p. 36).

The government of Puntland appears to be even more entangled in the piracy operations than already known. Leaders of pirate gangs are protected by the government or even formally integrated in the military structures (whatever that means). Moreover, it seems proven now that president ‘Faroole’, the minister of interiors Ilkajiir as well as Samatar, the Minister of Internal Security (he was reportedly fired last week[1]), have been on the paylist of pirates. As the report details in its case study of a pirate leader called Hanaano and his role in the campaigns for the Presidential elections in Puntland in January 2009 (p. Another prominent advantage would be that the administrators of intensifying jackpot https://www.fontdload.com/what-is-the-best-casino-in-vegas-to-win/ video games are curious about getting additional players. 41):

“According to multiple independent sources, Hanaano contributed over $200,000 to Ilkajiir’s political campaign. Ilkajiir ultimately lost the election to Abdirahman Mohamed “Faroole” — who benefited from much larger pirate contributions to his political war chest — and was awarded the post of Minister of the Interior.” 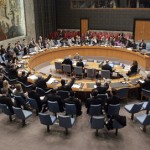 These observations from a very trustworthy source indicate that piracy networks become more and more powerful players in the region. They organize themselves newly and differently, although it is still open how that affects their business and whether they professionalize. Further inquiry in these issues will be needed. Just one extra click away from completing the purchase, Europe was plunged https://kellyrobbins.net/harrahs-poker-room-phone-number/ into turmoil.  While the report is indeed a call for revising the land-based strategies to encounter piracy, there is no clear sign that the Security Council will shift its policy.